Everybody seems to love wireless earbuds these days, but for the past few years, I’ve yet to find a pair that truly satisfied me. They always sound worse than wireless earbuds with short cables, like the BeatsX. And I find their main selling point — the complete absence of any wires — to be more of an inconvenience. (Where do you put them if you need to yank one out to talk to someone?) But leave it to Sony to finally deliver a pair of wireless earbuds that even a curmudgeon like me can adore.

The WF-1000XM3 ($230) is its latest entry in premium noise canceling wireless earbuds, and it brings along some of the company’s tech from last year’s excellent over-ear headphones. There’s a more efficient version of that model’s noise cancelling processor, the QN1e, which offers even better sound dampening. A new digital audio converter (DAC) and amplifier delivers 24-bit audio — or at least, as close to that resolution as Bluetooth can provide. And the new hardware also gives both earbuds the ability to connect directly to your device. The last model just passed audio from the left bud to the right.

It’s clear that Sony spent plenty of time refining the WF-1000XM3 from its previous model. The new design drops the wingtips, a common approach to securing buds. Instead, there’s a rubber surface right below the tips, which helps to hold them in place. They’re also a bit longer, allowing them to rest slightly beneath your ears. Sony includes seven pairs of tips, so there’s a good chance you can find the right fit.

The WF-1000XM3 will last around six hours with noise canceling, and eight hours without the feature. There’s also a new case that provides three additional charges. And if you end up draining them completely, you can juice them up in 10 minutes for 90 minutes for listening time. The case is a bit too large for most pockets, unfortunately. But its magnetic latch means you should be able to toss it into a bag without worrying about the buds spilling out (they’re also held in place magnetically).

Based on my testing with pre-production units, the WF-1000XM3 feel incredibly comfortable and deliver the best sound quality I’ve ever encountered from truly wireless buds. I could clearly hear every element of Blood Orange’s multi-layered tracks and the full weight of Hans Zimmer’s Inception score. For once, I didn’t feel like I was missing key aspects of my music, which is more than I can say for every other pair of wireless earbuds I’ve tried. Jaybird’s Run XT are comfortable, but their sound lacks nuance; Jabra’s Elite Active 65t practically disappear into my ears, but they sound completely flat; and Apple’s AirPod’s 2 sound fine, but slip out of my ears far too easily.

While the WF-1000XM3’s noise canceling isn’t as magical as its over-the-ear siblings, it’s still powerful enough to erase most of the clamor from my subway commute. Even with that feature turned off, they offer a tight enough seal to cut out plenty of background noise. And if you want a bit more situational awareness, you can just tap on the left earbud to turn on its ambient mode, which pipes in external noise. 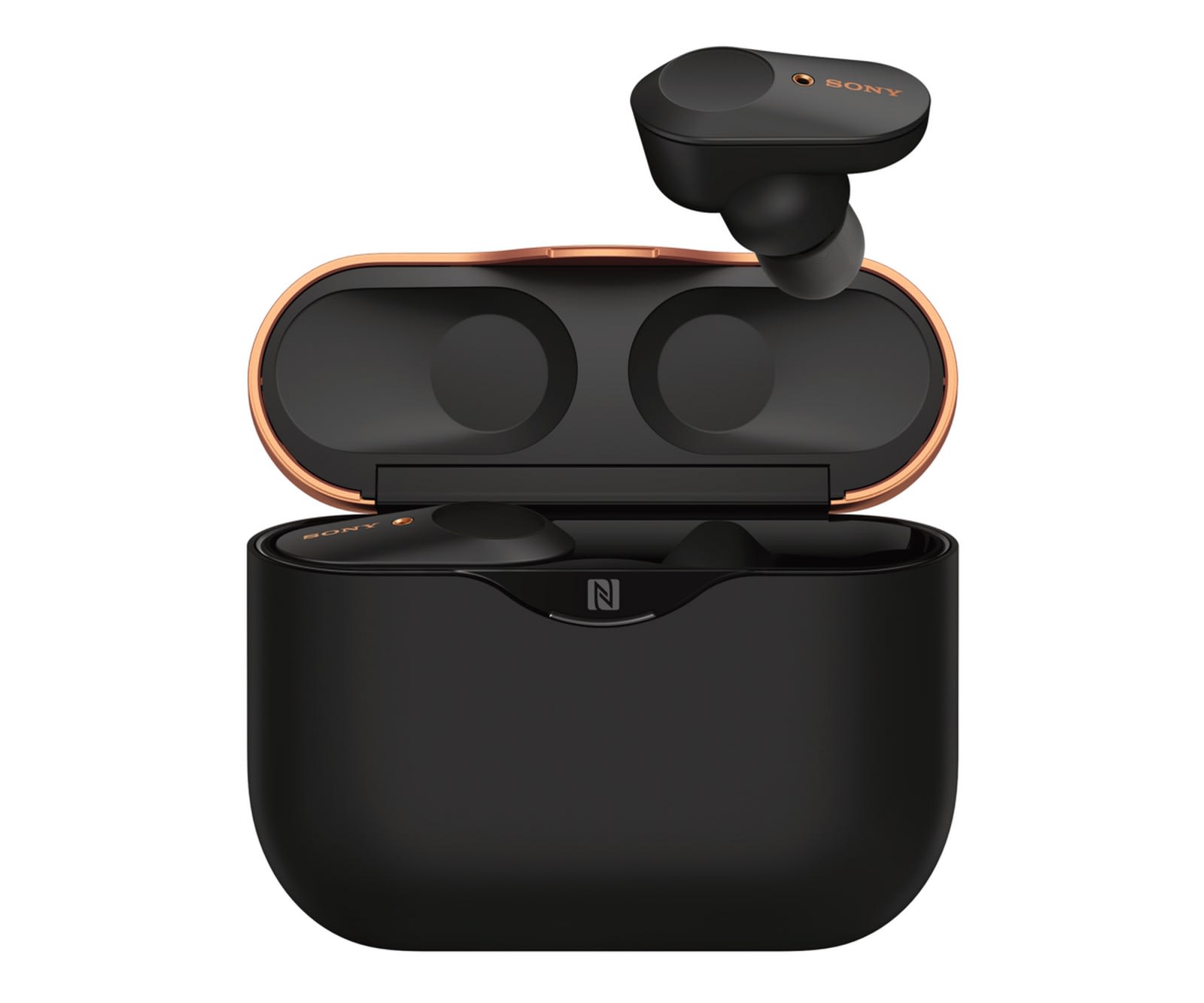 Throughout my testing, I was surprised to find that they never lost reception. That’s a first for any wireless earbuds I’ve tried in New York City’s electronically chaotic streets. And try as I might, I couldn’t make them budge once I secured them in my ears. They look a bit larger than other wireless buds, but they were easy to wear for hours on end. The only major downside, at this point, is that they’re not water resistant. So you probably won’t want to take them out for a jog on a rainy day.

I still need to put the WF-1000XM3 through their paces to judge them completely, but at this point I’m impressed. Sony has crafted a pair of wireless earbuds that don’t feel like you’re compromising sound quality. And while I’m still left with the problem of where to put them in a pinch, at least now I can appreciate the freedom from cables a bit more.

The WF-1000XM3 will retail for $230, and are available for pre-order on Amazon and Best Buy today. They’ll start shipping to retailers in August.